Despair can turn you from citizen to perpetrator. From the hunted to the hunter. 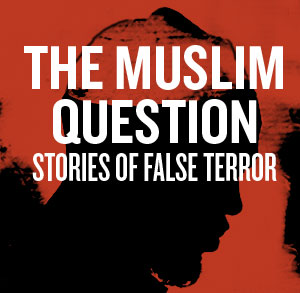 Some years ago, at a TEHELKA press conference, a young Muslim man walked up to TEHELKA Editor Tarun Tejpal and held his hand in deep gratitude. “If it had not been for your journalists, we would long have picked up the gun. Your work gives us hope, Sir,” he said. “You help us believe we belong to this country.

It was one of those rare moments of vindication journalists live for. The young man’s father, a respected maulvi, was falsely incarcerated then. We had just written his story. He would be acquitted a few years later.

In a sense, it is immaterial who that young man was. Over the past few years, TEHELKA journalists have documented hundreds of stories of innocent Muslims languishing in jails — often brutally tortured — on flimsy or false charges. It is easy to blank that phrase out, to be inured to it: “Hundreds of Muslims arrested on false charges”. But each case hides hair-raising stories about prejudice, incompetence and deliberate malafide. Each case also holds stories of pain, destroyed lives and hollowed futures.

Innocent Muslims have been jailed with impunity in India over the past decade because it was easy to jail them. Within hours of any terror attack, a bunch of Muslim boys would be arrested and their names aired in the media as “masterminds”. Then they would disappear from mainstream consciousness. Their guilt was assumed: it did not need to be proved.

Since 2001, a terrible maxim had seeped into the Indian mainstream: All Muslims may not be terrorists but all terrorists are Muslims. It did not matter if you caught the wrong ones. No one needed veracity. Everyone only wanted the illusion of security and “action taken”.

It wasn’t easy to report on these stories and ask the hard questions. The few human rights and media groups who did, were scorned as “anti-national”. Or doctrinaire liberals. The key point was missed. It is no one’s position that those who plant bombs should go unpunished. Those, like us, who were raising flags had only two simple arguments to make. One, take the long route, catch the real culprits, remain constitutional: that is the only way to real security. Two: do not make false arrests and breed fresh despair, triggering new cycles of hate and revenge. In the clever calculations men make about security and State, they underestimate the power of human despair. When you lose faith that a system will play fair by you, it can breed fatal recklessness. It can make you abdicate from the rules that cement human relations. Despair can turn you from citizen to perpetrator. From the hunted to the hunter. Despair can be a deadly weapon.

Fortunately — even if slowly — this dangerous tide has begun to turn. The dogged exposés are paying off. Over the past few months, there have been some very significant developments. First, in November last year, nudged by a committed citizens’ group — People’s Campaign against the Politics of Terror — CPM leader Prakash Karat took a list of 22 Muslims to President Pranab Mukherjee and demanded the Centre take immediate steps to help such victims of “State-led injustice”. The demands included fast-track courts; rehabilitation and compensation for those falsely jailed; and a review of the UAPA Act. Most importantly, Karat’s delegation to the President made the idea of ‘justice for Muslims’ front-page news. The sound-proof towers had been breached.

In March this year, in another unprecedented move, in the Rajasthan High Court Infosys agreed to pay a compensation of 20 lakh to Rashid Husain, a young Muslim engineer who’d been questioned by the police and unfairly sacked from his job soon after. Hopefully, this will set a blueprint for all those whose lives and reputations have been similarly destroyed. Young men who’ve spent decades in jail; who cannot find jobs or houses to rent even when they’re acquitted; whose families find themselves ostracised and sisters find themselves unmarriageable because their brothers have been stigmatised.

Finally, in a potentially far-reaching move, this week — perhaps driven by cynical electoral concerns — Home Minister Sushil Kumar Shinde wrote to parliamentarian Mohammed Adeeb that the government was considering setting up fast-track courts to expedite trials of Muslims in terror cases. It is absolutely crucial that this letter of intent does not go into oblivion. The fight for justice for Muslims is not an act of chivalric charity towards minorities: it is a fundamental act of survival for Indian democracy.

TEHELKA has compiled all its coverage of this issue online as The Muslim Question. Do read it. You will understand why.