‘Farmers should sell their land; invest in stocks’

What was wrong with the parameters of the allocation?
I can’t comment on that. But clearly, there are issues not just in coal but in other natural resources also. In the past 10 years or so, a large value of natural resources has had to be disposed of by the government. That’s where controversies have arisen. We need to find a solution. As far as possible, it should be done by an open auction. One of the major problems with coal is that it has been a government monopoly. Government monopolies do not work well. Look at its record in telecom and airlines. Coal too should be privatised.

Revenue maximisation and transparency are not the only concerns. Industry has been resisting sharing 26 percent of profits with local communities as suggested by the new mining Bill. Why?
I wouldn’t like to comment too much, I’m not an expert. But it is far too complicated to do anything in that manner. If the interests of residents of the area are to be taken into account, there have to be other ways.

Surely the blowback from the ground is making corporates think. What do you feel is the fair way of ensuring that communities feel part of growth?
It should be done in a fair manner, in a manner that applies equally to everyone concerned. In my mind, the best way to do that is to do it on a market basis. The only problem arises if you have to acquire large tracts of land or resources. Not everybody would be willing. So if you have acquired 70 percent of the land on a market basis, it must be obligatory for the others to fall in line and accept those terms. That, to me, is a fair way.

One speaks of the free market, but so many conditions are made amenable by the government for big industry. For instance, nowhere else does government acquire land for private business.
Governments acquire assets in all democracies.

For public infrastructure, not for corporate entities.
Of course, they do. It is for development. That is why a market rate is determined. After a certain percentage is acquired, there should be a right for the government to acquire the rest under the same terms.

There are other issues. Green costs, loss of livelihood…
What do you mean by livelihood costs? If somebody gets paid a large amount of money for an asset, he can invest it and get a livelihood. That is not an issue. In most cases, all this just gets politicised. If India has to become a developed country, you cannot have the livelihood of hundreds of millions of people depending on agriculture. They have to move on. They have to move into industry, into services. That’s how you develop a country. That has happened in every country.

But, Mr Godrej, the composition and reality of their populations was very different.
Why was it different? All these countries depended on agriculture. Now look at Korea. At the time of our independence, the Korean per capita income was lower than India’s. Look at them today. They are a developed country, because they followed principles of free enterprise with inclusiveness. Look at Singapore. It has developed exceedingly well.

Singapore has a very different reality. In India, merely giving a market price to someone who lives on land is not enough. People have very small landholdings. They can sustain generations on this if they live off it. But if they are made to sell, they are essentially being pushed from a land economy to a money economy with nothing more than Rs 2-3 lakh, which runs out very soon.
Why should it run out soon? It can be invested. It can be made into a much bigger value than land. Land has the lowest appreciation of all assets. The best investments are in stocks. Somebody should advise them to invest it in mutual funds so their wealth will rise faster.

Manmohan Singh and the Silence of the Lamb

A scam-ridden decade in office has tarred the clean image of Manmohan Singh. But is the PM a victim... 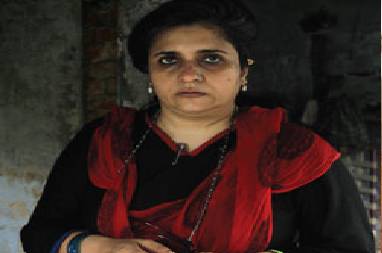 ‘It is very lonely to fight for justice’

Teesta Setalvad dug her heels in and fought for justice for 10 years. She talks to Shoma Chaudhury about...