For all the scorn it has aroused, Aamir Khan’s response to the Olympic torch is the most apt

Right To Run, Right To Stand 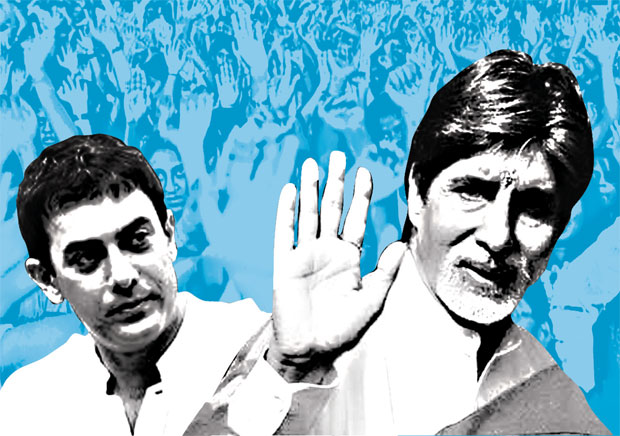 THE ART of public symbolism is famously a difficult one to master. Few men in recent time have been as adroit at it as Gandhi. A fistful of salt, retrieved from the sea. Mass bonfires. Civil disobedience. The charkha. These symbols became powerful change agents, a moral force that unseated an empire because their inspiration snaked back to a deep search for truth, a clear goal, a massive ambition. And most importantly, a readiness to back symbolic gesture with suffering. There was also a direct correlation between these symbols and the oppression they sought to highlight. The Olympic torch — the most debated public symbol today — has none of those virtues.

In the past week, people across the world have ambushed the flame, snatched at it, snuffed it out, stuffed it into buses. An emotionally satisfying but pretty pointless spectacle. In contrast, for all the predictable scorn it has aroused from witty columnists, in many ways, Aamir Khan’s decision to go ahead and run with the torch, but with “a prayer in his heart for Tibet”, is perhaps the most apt response to the poor torch. Why should anyone react more strongly to the flame? Is it a well-chosen symbol for the Tibetan struggle? Is it a potential change agent? Does it snake back to anything deep? Quite simply, no. The Olympic torch has nothing to do with Chinese oppression, or any oppression. It is, at best, a tawdry conflation, an incidental symbol.

Snuffing out the flame, or boycotting it, is not going to either stop the Olympics or evict China from Tibet. Or even build more than a momentary awareness. If pro-Tibet sympathisers really mean business, they’d be better off building world opinion against Chinese goods: the real source of China’s power. Economic embargoes have a slightly more effective history than a kidnapped torch. There are other ambivalences. If you supposed for a moment that the Olympic games is, in fact, some potent political symbol that only the pure can host, which country would pass the necessary human rights record? The US? India itself? Consider even for a moment that China is particularly blemished, why did the conscience-struck of the world allow it to bid for the games in the first place?

Turn the kaleidoscope a little. Why reject the torch and protest against China, when our own government has been sweeping potential protestors off the streets into jail? Shouldn’t the object of protest in India be the Indian State itself? Turn it a little more. Why did the Dalai Lama settle for India’s humiliating compromise: be our guest, but don’t practice politics. Can you imagine the course India’s history would have taken if Gandhi — and other leaders at the time — had agreed to something like this? There are reasons why the Tibetan struggle has not acquired the surcharge it rightfully deserves. And it has nothing to do with the passage of the Olympic torch.

Perhaps Aamir Khan thought of all this when he rejected the grand dramatic gesture — emotionally satisfying, televisionfriendly, but ultimately hypocritical — and settled for a more nuanced and personally honest stand. Run with the torch: assert its separation from the Tibetan cause. But run with “a prayer for Tibet in his heart”: draw cosmetic attention to Chinese oppression (which is all the torch is good for.) And which is as far as his involvement with the Tibetan cause probably goes.

THERE ARE other reasons why Aamir’s midstream stand is so refreshing. Public discourse in India has become depressingly kneejerk, spectacle-driven, “infantile” to use an excellent phrase from the commentator, Pratap Bhanu Mehta. People are constantly asked to define themselves in broadstrokes: Us or Them? To attempt a more reflective position in such an nvironment suggests genuine courage. The heartening thing is, it’s not just Aamir who has repudiated infantile public rhetoric this week. Amitabh Bachchan’s outburst — impassioned, heartfelt, almost out of character — is genuine cause for celebration.

Bullied by Raj Thackeray for months over his greater fealty to Uttar Pradesh than Bombay, Bachchan finally cast away his tutored poses to say, let them bring on their arsenal, I will not budge. Let them ban my films, burn my posters, break my house: I will not budge. It is the beauty of taking a stand about something you really believe in, as opposed to the spectacle-driven pose. When you believe in something, you are ready to suffer the consequences. That is the real art of public symbolism.